Soilmec participated in Intermat 2015, the international fair of construction equipment in Paris, together with Soilmec France, subsidiary established in 2005 in Saint-Aubin-sur-Gaillon.

Soilmec participated in Intermat 2015, the international fair of construction equipment in Paris, together with Soilmec France, the branch established in 2005 in Saint-Aubin-sur-Gaillon.

SM-4 for Sectional Flight Auger piles and a SM-9, a multipurpose drilling rig for micropiles and anchors both equipped with the new safety guards that cover all the rotary stroke, in compliance with the new European regulations.

For the first time during a show, Soilmec launched promotional activities in order to be more attractive to customers and visitors. In particular, with the Intermat Contest, two Soilmec SM-21 scale models were given away to two lucky winners drawn among the visitors to our stand: Ms. Madline Prot, Geotechnical and Environmental Technician and Mr. Clément Maffini, Construction Engineer for Franki Foundation (Fayat Group).

Nearly 183,000 visitors attended the show and 1,410 exhibiting companies, 65% coming from France and 35% from other countries. In general, we have to highlight the large participation in terms of customers, all of them interested in Soilmec products and new technologies.

Clients were able to talk about their projects in a relaxed hospitality receiving answers to all their questions live from Soilmec Network and technicians. 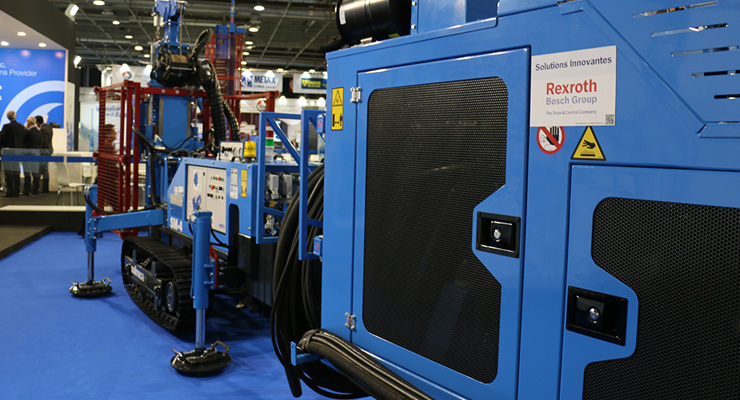